The support of 29 personalities from the United States of America has been presented in the declaration “Freedom for Arnaldo Otegi; Basque prisoners” in an act celebrated today, 15th July, at the Aquarium in Donostia.

In the act, Laura Mintegi and Joseba Zulaika analysed the discourse around Arnaldo Otegi, and the Basque prisoners, commenting of the limits that deal with establishing said discourse and reflecting of the role that the deactivation of this discourse can play in the question of Arnaldo Otegi and the prisoners.

Joseba Zulaika denounced that the state maintains a policy of exception and has connected it to them keeping the prisoners in prison with the necessity of justifying the state itself, to put and end to the renowned work of Arnaldo Otegi and the people arrested with him.

On her part, Laura Mintegi remarked on the existing difference between the position of the state and and that of society, and that needs the question of the prisoners to justify themselves in the battle for the story.

Signers
Among the signers are found people involved in the most significant progressive struggles in the United States in the past 65 years, from the struggle against the war in Vietnam to the opposition to the war in Iraq, like Peter Bohmer or the mother of the soldier killed in Iraq Casey Sheehan, Cindy Sheehan, passing for the struggle of the Black Panthers, the question of political prisoners or opposition to the death penalty like Angela Davis or Rick Halperin. The former Attorney General of the United States, Ramsey Clark, or the well-known Noam Chomsky and James Petras.

Progressive actors, writers and directors have also shown their support such as Alice Walker, winner of the Pulitzer Prize for “The Colour Purple”, the actors Peter Coyote, Mike Farrell or the winner of two Oscars, Haskell Wexler (“Who’s Afraid of Virginia Wolff?” 1966, and “This Land is My Land” 1976).

Also the declaration has received support from North American authors and academics related to the Basque Country like Mark Kurlansky, author of “A Basque History of the World” or Dave Boling, author of Guernica and the Coordinator Emeritus of the Centre for Basque Studies at the University of Nevada, William Douglas. 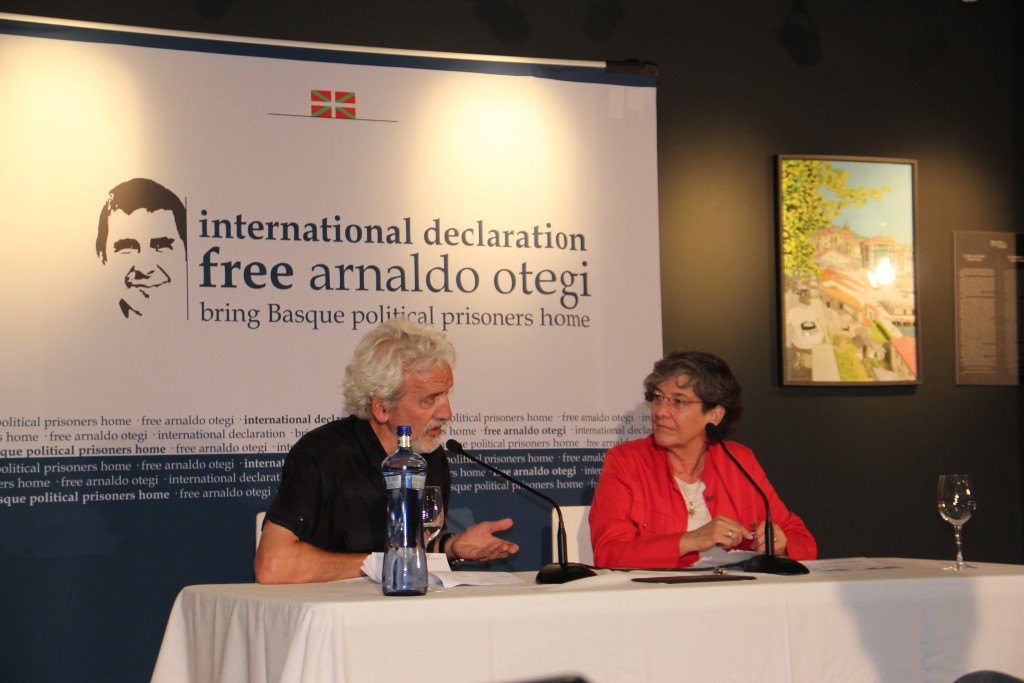